Update for 2020: A Complete Site Reworking

Wow, my previous update post aged very poorly, didn't it? After all, I did none of those things I said I was going to do in 2019. As it is, my goals have shifted quite a bit. Everything I expressed in the 2019 update is something I intend to someday do, but currently, my focuses are elsewhere. As it is, I wouldn't consider anything on this site to be reliable canon. It all needs to be revised and reworked, so everything here is outdated. I will not be locking or deleting any posts, keeping them up for archive purposes, but this site will no longer be about those.

Instead, I am going to redesign the site, and keep it here as a hub location for my other works, as I do already have this url printed on all of my business cards. Again, to reiterate, this site can be considered a launching pad to find my other creative endeavors in other places. I'll actually update this same post with whatever my most current project is as time goes on, so it will remain at the top of the page. Thank you for your support!

Current Project- Entropic Float: This World Will Decay And Disappear.

Entropic Float is a visual novel regarding the experiences of fourteen people who've been trapped inside a magical construct known as the Anomalous Clocktower. Missing memories of how they came to be there, certain aspects of their past life, and of course, every loop but the current one, can those who awakened inside the anomaly find a way out?
Step into the shoes of Rashmi Jamil, Kanatsun, and Amelie Macon at different times of day as you seek a resolution. In each loop, you'll also be challenged to make the right decisions to overcome Entropy, in the hopes that the protagonists' memories might make it through to another version of themselves if the loop doesn't end in tragedy.
at 5:00 PM No comments:

I've been a bit quiet here over the past few months I'm afraid, though at least I did make note that I'm on hiatus from regular updates.  In the time I've been gone, I've been working on all sorts of things, primarily a Danganronpa-themed work featuring many characters both familiar to readers of these stories (Sayaka, Yuuri, Kanoshi, just to name a few) and unfamiliar.  This work updates on archiveofourown near-daily, so if you're looking for more content with these characters but now in a Killing Game, you can check that out here.

Now, to get to the business of what's happening on this site currently.

I am actually in the process right now of editing and revamping Checkboxes.  I was unsatisfied with its current state and unable to continue the story.  So far I've completed editing on the first two chapters, and I'll soon be tackling the rest.  Unfortunately, it may take a while, given I do have a lot on my plate with other works and with school.  Similarly to Mahou Shonen, once the first arc of Checkboxes is thoroughly edited (the start through to the end of the school trip) it will be released as an ebook and paperback through amazon.

I hope to release throughout the coming year Arc Three: Kyoto X Morgue of Mahou Shonen: Just Say No.  Just like the first two arcs, it will be posted here first, then edited and adapted into an ebook/paperback available through amazon.  It's likely this is an event that will mostly take place during the summertime; I expect at least four of the eight chapters to an arc will be released in summer.  No particular update schedule, they'll arrive when I finish them.

I'm also interested in continuing both Bad Dreams and Evil Meet Justice.  The other stories featured on this site can sit on the backburner for the time being, but I am planning to improve the chapters of those I've already posted and continue work on them at some point.  I'll probably also edit Akuma No Imouto for amazon release at some point during the year, but I won't make promises on any statements from this paragraph.


Life On A String: Mercury has just released on kindle ebook and amazon paperback!

Life On A String: Mystery is the first book in the series, and it's a slow-burn enemies to lovers slice of life featuring Korekara's delinquent girl gang well before Box Hako ever got to the school.  There's only hints of a larger story and character foundation in this book, so if all you want to read is the plot, you only really need chapter 8 of this book to understand the later ones.  At the same time, it's called Mystery for a reason, and one eventual plot aspect will be less satisfying without the entire experience of a particular character.

Life On A String: Medic is the second book in the series.  The slow-burn romance comes to a point and the characters involved begin dating, which means it's time to open up their world a little more.  The main character starts to make real friends, the love interest works on coming out of her shell, and the groundwork is quietly being laid for the bigger story.

Life On A String: Mercury is the third and latest book in the series, in which the story finally finds itself on the 'other side of the world'.  The characters go from dealing with interpersonal conflicts to an actual antagonist, secret organizations, and people with powerful ESP abilities.  The main characters are adults now, and it's time to deal with adult problems.
at 6:10 AM No comments: 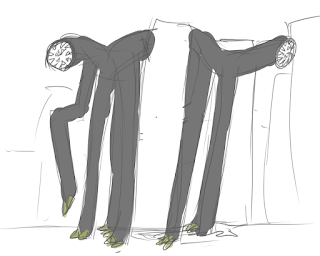 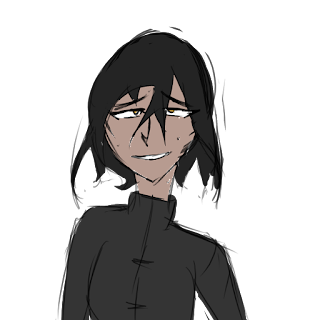 Blade jumped back down to where Sayaka was lying on the ground, tied up.  It stared at her for a moment, and she looked so weak.  Exactly as weak as she'd looked in the hospital when it first made her into a magical girl.  For all of her posturing, she was scared, and small, and had no idea what to do.  And Blade had to make it worse.
"Sayaka..." Blade said, quiet, worried, "I told her.  But, she didn't want to listen.  She refused to stop fighting."
"No," Sayaka breathed, staring wide-eyed at Blade, "You told her the truth?"
"I told her more than the truth," Blade said, "I told her it would kill her.  I told her you begged me to tell her that.  I told her that if she dies here, then she's giving in to the one who sent that monster here.  But she's a righteous person and a good magical girl, Sayaka.  She said that she'd go down fighting.  That she'd die a heroic death.  Even if this was what the person who sent that thing here wants, she can't just let it destroy the city."
Sayaka could have chosen not to believe Blade.  To think that it didn't say anything at all like that to Kaiba, to keep its own secret.  But she did believe it.  Blade listened to her request, and even that hadn't been enough.
She took a deep breath, then whispered, "Can you please untie me?"
"Promise you won't transform?" Blade asked.
"It wouldn't do any good now," Sayaka said, squeezing her eyes nearly shut, closing them just in time to not see the final moment of Kaiba's last endeavor.  The monster was defeated, Sayaka saw that much, but she didn't see Kaiba drop to the ground.  Blade undid the restraints, and Sayaka sat up, eyes still closed.  She felt a strange surge of energy, as if she'd actually been involved in the fight against that monster, but stronger.  She opened her eyes, and Kaiba's body was right there.  A few feet away from her.
Her eyes were shut, and there was a smile left behind on her face.  She'd been transformed back to her usual attire, but for some reason, the mask she normally wore was just as absent as the one for her magical outfit had been.  The sword was gone, and her hands were open.  In her palm, Sayaka saw the abrasions which had worked their way through the mark, severing its line and her life along with it.  Out from the mark, a black goo seemed to be oozing out.  Sayaka crawled over, reached out, and touched it.  It burned to touch, like acid, and she withdrew her finger quickly.  She noted that it was starting to eat away at Kaiba's hand.
"It won't destroy her body," Blade assured her, "Just her hand.  It'll take a while.  Until that's done, she's technically still alive.  But, she can't control any of her own muscles, or anything like that.  She can just feel the pain of her hand being eaten away slowly by the acid.  That's what makes dying as a magica so utterly painful.  But you knew that already, more or less."
"She's still in there...?" Sayaka questioned, then reached out and grabbed Kaiba's other hand in both of hers, "Can she hear me?"
"I don't know," Blade said, "That's not something we ever considered.  We barely know how our own magic works... The only reason we even know that the melting pain is still felt is because we've taken a visit to a magica's mind during that period before.  Nobody was trying to talk to that one, though."
"Kaiba-nee..." Sayaka whined, leaning against the body, "I'm sorry... I'm so sorry... This is all my fucking fault, if I'd just stayed here, or if I hadn't got myself hurt in Korekara... There's so many little things that would have fixed everything if they were different but instead I had to be selfish and run off with those guys back to Korekara because, fuck, I needed to prove myself?  Prove that I could go back there in spite of everything?  But I couldn't.  I really couldn't.  And now you're gone, because of me."
"Sayaka..." Blade said.
"I'm done," Sayaka said, voice flat as she turned to look at it again, "I'm done trying to deal with this bullshit.  Who cares about Stripe.  Who cares about Horace.  I'm staying here.  Right here.  I'm never going on one of those fucking investigations again.  I'm done."
at 1:56 PM No comments:

Rei blinked, staring at the distributor who had just made her that offer.  Before she could say anything, Kanoshi spoke up. 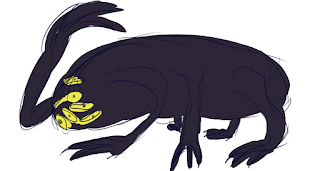